On Friday the 10th of November we celebrated the official launch of our Let Us Eat Cake exhibition at Belfast Exposed. This was the culmination of the photographic work we created with Anthony Luvera over a 9-month period.

Of course, there is a lot more to the project than just the photographs which made it onto the walls. Other than the Collaborative Self-Portraits, there were other experiments for making images, many group discussions and debates, a publication, and, of course, this online blog you are currently reading. That said, it’s still important to open some of the tangible evidence from our project up to the public. It helps to educate, raise awareness, get conversations going, reach out to those who may not have been exposed to this content and to give a platform to LGBTQ+ people living across Northern Ireland, whose voices are rarely heard.

It was a great evening – getting together with the other participants, organisers and the public to celebrate our work felt really meaningful. It was so good to catch up with each other and chat about everything in a relaxed atmosphere, after many months of hard work. Seeing the exhibition for the first time felt emotional – it was particularly moving to see the names on the wall.

I would like to take this moment to express my personal gratitude to all the members of the project, especially Anthony, who guided us as we found our creative voices. 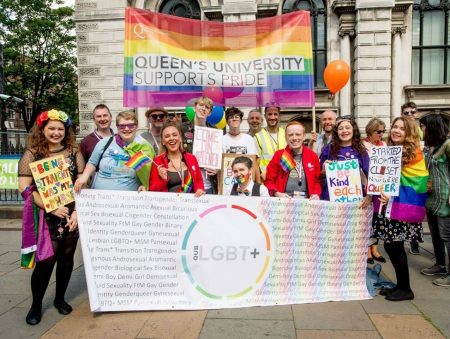 This is the first year Queen’s University Belfast has officially marched in the Pride parade. However, students have been doing it themselves for many years. 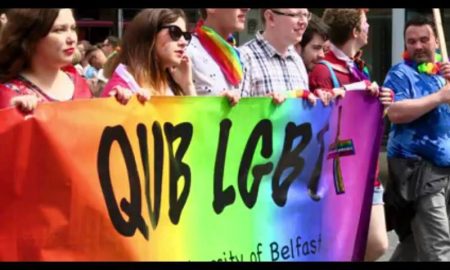 It’s so important to have an official supportive stance on LGBTQ+ rights! 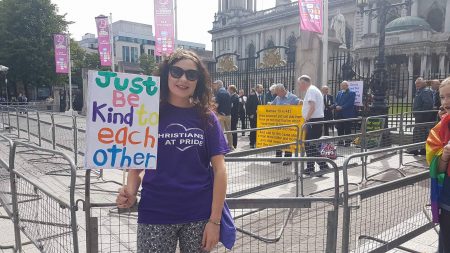 Every year there are a handful of fanatics who give Christians a bad name at Pride and it is something that has annoyed me for a long time. Being a Christian and supporting LGBTQ+ people are definitely not mutually exclusive. 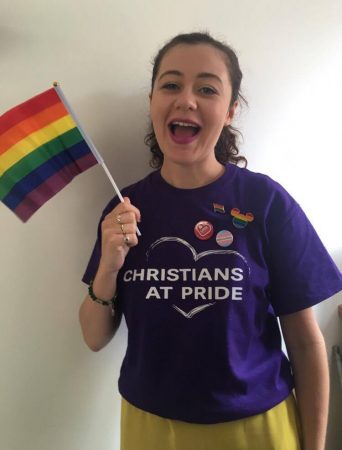 Things are changing. If you’re a Christian, be vocal in your support, call people out when they’re intolerant – just be kind to each other!

This morning we have had an important conversation about the name of our project, but it only stemmed from our thoughts about the title and from there opened up into a discussion about our human rights as LGBTQ+ people, the power dynamic that withholds them from us and how to go about dismantling it.

There were disagreements within even our small group about how to approach this.

The argument was made that in order to bring those who are against us around to bring with us we must be careful not to offend or drive them away from our cause, and that we should be, instead, concentrating on ‘luring’ them in.

This approach does not sit well with me personally. I can see where it’s coming from, and admittedly, I perhaps embody this on a day to day basis – for various reasons – e.g., cheating myself, censoring myself, being careful to ensure that I am coming across as approachable and likeable rather than portraying the ‘hysterical woman’ or ‘radical feminist’ approach. I do these things, for the most part, to keep myself safe. However, I feel strongly that this project is bigger that each of us as individuals. I feel a duty and a responsibility not to shy away from inequality when portraying LBGTQ+ people in the North of Ireland, and I feel that worrying about alienating bigots should not be a concern for us – we should not be tiptoeing around them.

Comparisons were made to racial inequality and how it would be unthinkable to even entertain the idea of pandering to neo-Nazis if a similar project was being made in order to highlight inequalities between white people and people of colour. I think it is all too easy for people who face discrimination and prejudice in the North of Ireland to simply accept it rather than challenge it – and the reasons for this are historically complex. We have learnt to normalise unacceptable behaviour towards us, on various levels, including personal and political, and we have become desensitised to it. 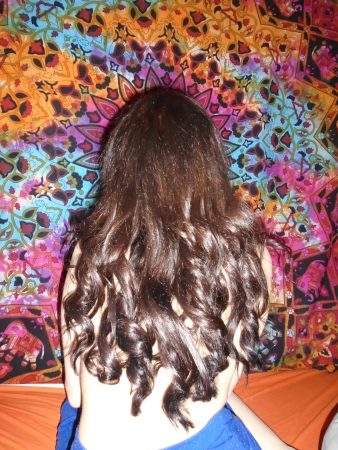 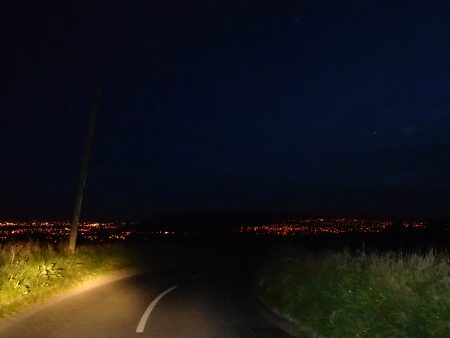 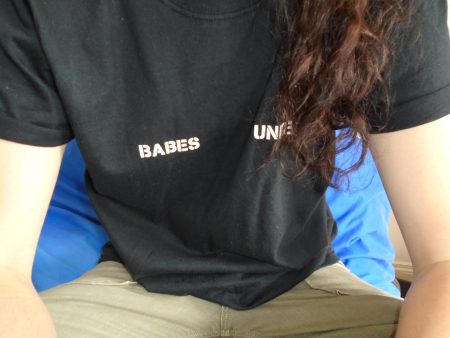